A calm setting, a tranquil place; nothing to do but leisurely float down the mind stream. Sluggart have changed yet again, this time out he has gone full on ambient with flourishes of modern classical. Those delicately chosen notes impart a lingering sting, however, and these memories cannot be escaped. It may have been decades back or just within the last hour but if something decisive or character defining has been eating at you then this record is going to sniff it out. It isn’t a deliberate action but there’s just too much emotion poured into these tracks for the end result to not be personal assessment at your end.

Some pieces are short and curtly entertaining whilst others are going to pull you out of whatever you’re doing and get those synapses firing wildly. To look upon ‘Mnesic’ as a simple work of electronic beauty is what the general public are going to do but I’ve followed him long enough to realize that there’s nothing surface level to his compositions. Last time around he about blew my eardrums out with the incredible decibels conjured from heavy dub and stunning synthesis, now’s he back at it again confounding expectations by going for the purest ambiance available. The only connective strand of tissue between his works would be mood. He sets it and he manipulates it as few others can.

Much of what passes for ambient is just drifting elevator music or what some have termed silence that’s been colored in; Sluggart don’t do anything by halves and so now that he’s put his mind to this approach you can be assured that it won’t meander aimlessly. The glistening cadences of tone have no beginning and no end, it would have been tempting I imagine to just mix this all together as one long form track. We don’t get off that easily, however, and must inspect and digest what he puts down one delicious morsel at a time. It really makes me wonder where he’ll saunter off to next, the guy truly has no inhibitions and is pushing himself to the absolute limit.

I also continue to notice how unusual his label, Xtraplex, have become. Over the last four years they’ve changed massively and with the release of this record, Olkin Donder’s latest and the mesmerizing series of experiments The Next Commuter graced us with recently… well whatever it’s about I’m sure they’re guided by instinct if nothing else and those instincts have now given the world twenty six remarkable entries. Their artists continue to develop and evolve in the most bizarre of ways, pulling left turns without warning and upsetting the established norms of electronic music however they can.

When you consider how few people are listening to what guys like Sluggart are doing don’t be despondent. He’s obviously doing what he loves and has managed to connect to a listening public that not only appreciates him but gets what the concept is. A sigil for the reflective among us. It is for the one who chooses to check out of the mindless race which continually tries to drag them down. Let it go and drink in this melancholy; bathe in the introspective solitude which flows out of ‘Mnesic’… such a sweet nectar. 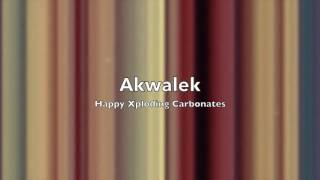 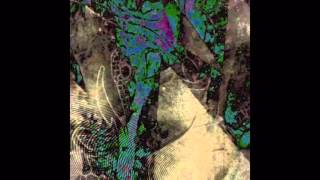 Han Leese dropped a video for our upcoming release by 'A Bleeding Star'!